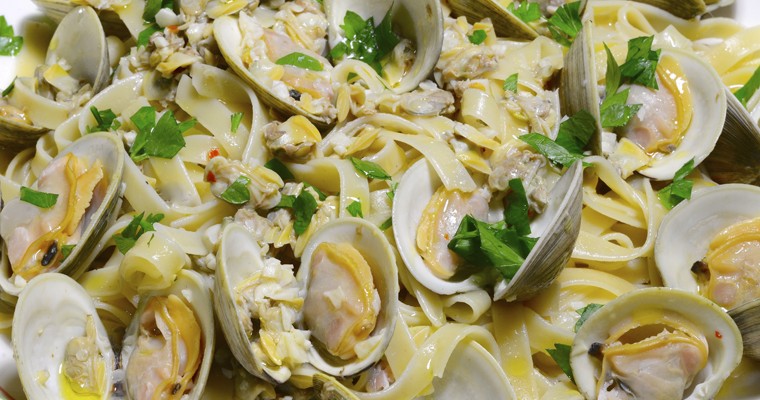 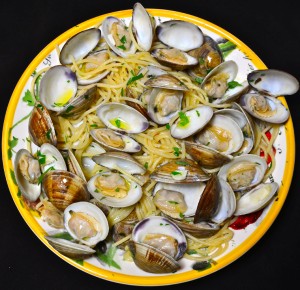 This is my favorite of all pasta dishes. In the United States it is better known as linguini with white clam sauce and of course in Italy, clams vongole. I’ve had many versions of clams vongole, but hotel Punta Tragara where I stayed at in Capri, Italy and Tramonti Italian restaurant in Delray Beach, Florida have to be the two best I’ve ever had. While tradionally it is served with linguini, personally I prefer capellini pasta.

For clams vongole it is best to use a smaller clam known as a littleneck or Manila clams. Try The Social Chef Clams Casino or other fresh seafood creations.