Home » Blog » The Social Chef and His Journey

The Social Chef and His Journey 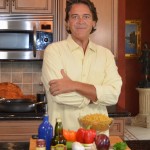 It all started during a biblical fast that I will get to soon. But during this time of eating vegan, I started to film myself in 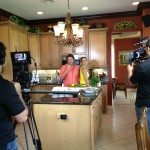 Getting ready to film

my kitchen cooking. I did it all by myself and this video was how I introduced what I was about to do and it was after my Daniel fast was complete. From the cooking to the filming to the editing to placing it on youtube, I did it all and I did it alone. I even created my own blog. Keep in mind, I have no tech skills but I did it, not great but I did it. Besides doing the Daniel Fast I gave up other things too…TV, ALL social media except email and setting up my blog. You know for me that was only possible with help from above. What I accomplished in my first 10-days was nothing short of a miracle. I know God certainly was looking over me. And during this fast is when I reached out to my best friend Isa to give me some 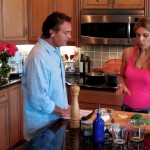 Sharing the kitchen
with Isa Souza

advice but more importantly direction. Where it lead was nothing short of amazing.

In less than a year I had shot 4-TV pilots with my best friend and TV chef, Isa Souza. We created Isa & Michael Food Lovers and for me it was so exciting. While this was something I really aspired to do it was a much more difficult than I imagined. 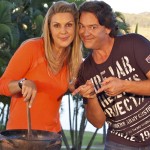 The first two pilots were shot in my home and then Isa came up with the idea to go to her native country of Brasil, a journey of a lifetime to say the least. I got to see Christ the Redeemer in Rio, the 8th wonder of the world and was just so fitting being I found this idea during a biblical fast. We filmed in 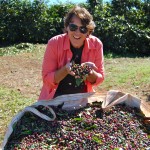 another part of Brasil at Ipanema Coffees, the largest coffee producer in the world. I love coffee, seeing my coffee posts on Facebook will confirm that. A few months later we were off to Rome, Italy to film another pilot. What can I say about Italy besides it’s simply incredible! I also had filmed with Fernando Masci, one of the most successful restaurateurs in the United States…in my kitchen. It doesn’t get much better than that. Well, maybe Guy Fieri!! Unfortunately for me Isa decided to get married and her husband to be lived in her native country of Brasil. So with a 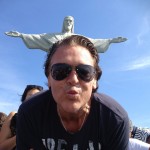 distance this far between us, her own cooking show booming in Spanish and Portuguese it was not possible to do it together. But do not count me out…I have a determination you cannot imagine.

I also ventured off to Greece for two months with camera in hand and shared the kitchen with other incredible chefs like, Giorgos at Gods Restaurant at the Museum of Acropolis. I’ve had some amazing experiences. Lucky for me my better half 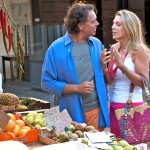 lives in Greece so I had some help there and have been back 3-times since. I’m heading back again very soon.

So how did I arrive at this name, The Social Chef? It was created during the last 21-days of Lent. I do a fast every year but this time I had decided to do a Daniel Fast with my church, which is a biblical fast for the last 21-days. Basically vegan would be the best way to describe it. I can write forever about that discovery, it was a moment in my life that I will never ever 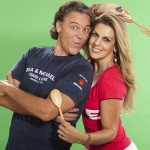 forget. God certainly was the key guide in my journey, as well He should. I am starting this

biblical fast once again March 28th and I am excited to do this Daniel fast again. It always takes me in a good direction.

When I finally decided on the name, The Social Chef, I had chosen that name for numerous reasons. One, eating and cooking is a social thing; it brings people together no matter what part of the world you are from. Eating and cooking is 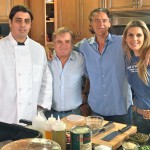 social, right? I also chose The Social Chef because my plan was to utilize social media to connect me with people just like you. We are all using social media outlets like Facebook, Twitter, Linkedin, Instagram, Pinterest to name a few. If your reading this chances are you found me on one of them, but I’m really happy you’re here reading from The Social Chef Blog. We may never meet so social media is pretty darn close and a great way for us to create a relationship through my culinary journey. Another reason for the name The Social Chef, I’m a social person, I love people and I love to interact. I also love when you interact with me. That’s a hint!! 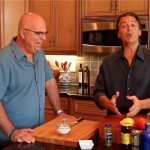 Filming with my
friend Rick

I had spent countless hours creating my path to take The Social Chef. The idea was to do home videos of me in the kitchen interacting with people on Facebook or even Skype, but not always alone. I wanted to bring others into my kitchen or better yet, venture into your kitchen even if it was from across the pond. Not everyone is a master chef (and I am not a chef at all), but there are millions of people just like you and me who are good home cooks with incredible recipes to share. Not to mention, you and I both love food from other parts of the world; Greek, Italian, Thai, Indian, Lebanese, Chinese and so many wonderful ethnic foods to share.

I’m sure you’re wondering, what ever made you think you could do your own video, create a following and live out this crazy dream? That is pretty easy to answer…why not? I was a public speaker for 10-years so talking and communicating for me seemed pretty simple. Being much of my speaking was motivational I firmly believe I am the only person holding me back. Creating the blog, well, that was not so easy. I have zero tech skills and my first blog theme pretty much proved that. However, I have run into my fair share of people who claim they do but either lack real skills or perhaps even more, lack the drive and 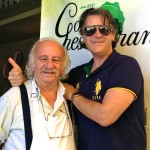 professionalism to be really good…or worse…hold me back. That’s another blog. But what made me feel I could do this is one thing I have been taught from many mentors in my life, if you

believe you can then you can. What you believe to be true is true for you…nothing has 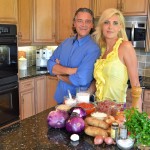 any power except the power you give it. Change your thoughts change your life. It’s just a matter of being at the right place at the right time with the right people there to take you to the next level. But most of all being prepared having faith that anything is possible.

Here I am…on my second blog theme for The Social Chef. It’s been a super journey with many mistakes along the way, but that is how we learn right? I’ve had a few people help me and some that caused me more grief. Live and learn. Marianna created my logo for me and while doing it I came up with the idea; Michael Van Horn The Social Chef, “Cooking with the World”. Because that is exactly what I wanted to do…cook with the world. She also created an animation for my logo that is superb but someone who had worked for her which she had fired for 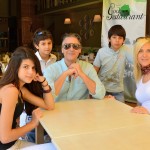 poor performance, has declared he owns the video and stole it off her work computer and it has been over a year of legal battles. I guess desperate people do desperate things. It kills me to not throw his name out there but so far I have chosen not to. I have a feeling one day I will just burst and throw such a person with no integrity under the bus…but who he has to answer to is far worse than anything I can do.

So what is on the horizon for The Social Chef now? I am still on my path to share my culinary adventures. I’ve got tons of video footage that I really need to edit and I mean tons. As much as I love it it’s very tedious. I have created a platform on Facebook to help others build their audience called, The Social Chef Featured Food Page where I do research on a food 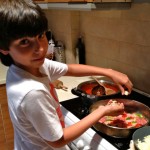 The next big TV chef

blogger and feature them and others come to help build their audience. It’s far more work than I imagined but it feels great to help others. My heart is with bloggers because I know just how hard they work to create a recipe and a following. The time and the money they invest in doing this is more than one can imagine. If you are a food blogger and wish to be featured, email me at socialchef@michaelvanhorn.com and include your blog name. 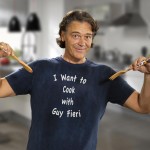 It’s still my dream…I think Guy Fieri should know this!!

As I go into my biblical fast until Easter I feel it is something I want to share and I want people to know who I am, my

beliefs and what took me to create The Social Chef. My story is on my about page and I would love for you to read it. It is my story I love to share and I hope you read to see more of my story.

To all of you who support The Social Chef and come to my blog or Facebook page to be social…I am very grateful. I hope you continue to follow me and support my journey, because you make it worth the ride.

Come join The Social Chef on Facebook and all my incredible Food Friends.