Published on April 22, 2013 | in Appetizers, Recipes, Social Blog By The Social Chef | Comments

The Greeks have so many specialty dishes and for me it’s hard to pinpoint exactly which one is my favorite. While I have not yet 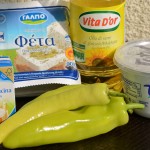 experienced a large variety of Greek ethnic foods I would say they are second to none when it comes to making octopus and this spicy feta dip, tyrosalata. Some recipes vary from the type of peppers used as well as some even using English cucumbers the version I have had is slightly different than any I have seen. 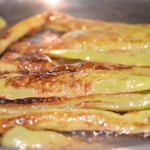 I will of course find out for sure from the variety of chefs I’ll be cooking with what the authentic version is or if perhaps it varies from certain regions within Greece. But here is what I can tell you…the version I had is absolutely divine and I would find it hard pressed to discover a version much better.

Being the food lover that I am I have thought about this after making the recipe I had tried and loved. If 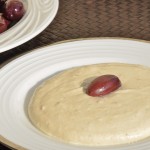 there were a way to perhaps enhance this recipe I would only potentially try using red bell peppers for their sweetness but still use the hot pepper for the added kick. This spicy feta dip is used for a variety of dishes, from vegetables to gyros to pork and lamb. It can be served as a great dip for parties, family gatherings with a simple grilled pita bread or red florinis

peppers saganaki where the tyrosalata is stuffed inside a florinis pepper with Gouda cheese then sautéed in a pan with a touch of olive oil.

Here is the much-awaited tyrosalata, spicy feta dip I’ve been raving about. Try it and I have a feeling you will love it as much as I do. 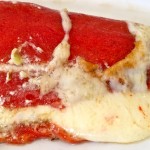 Sauté peppers over medium heat in a skillet until brown. Combine all remaining ingredients into a blender and puree until smooth and creamy. Serve as a dip for pita bread, in gyros or over a variety of meat and poultry.