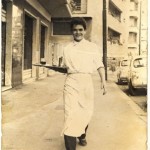 Fernando Masci moved to the United States from Italy at the age of 19, still a young man. He worked as a waiter in NY at a relatives restaurant and soon after went back to Italy to culinary school and pursue his passion for culinary. By the very young age of 26, Fernando and his brother Gino had opened their first restaurant in NY, and the soon to be restauranteur was on his way to creating the #1 Italian restaurant in the United States, Il Mulino.

Feranado has opened restaurants all over the world in far away places such as Tokyo and has created his success only through hard work, using the best quality of products and a passion for culinary. Fernando and his brother Gino created the world renowned restaurant in NYC, Il Mulino which has been the #1 Italian restaurant for many years even after selling Il Mulino. They 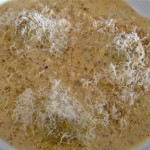 continued to use Fernando’s recipes and maintain their high quality that Fernando insisted upon. Fernando and Gino sold Il Mulino when they reached the pinnacle of their career after many years as restauranteurs to retire but soon found that their love and passion for culinary could not rest. Someone approached Fernando to open a restaurant in Miami on a prime piece of real estate and to be Fernando’s partner. However, if you know Italians, especially Fernando, they are loyal to the core and Fernando said my brother Gino will be my partner. Fernando not only opened the now famous Italian restaurant in Miami, Il Gabbiano, but he also purchased the land the high rise mixed use building is now perfectly located on.

The number one business to fail is a restaurant, yet Fernando and Gino make them grow with hard work, hands on operations, the very best quality of products and even preparing the culinary delights you get when visiting Il Gabbiano. It is not unusual to see Fernando and Gino preparing the exquisite dishes served at Il Gabbiano, which is always served fresh to order. Which while having a lunch meeting with Fernando, I realized why 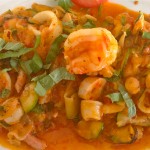 the Masci brothers have been so successful. He was not a man trying to impress me or anyone, Fernando was there with an apron to greet me and as we spoke about his new venture, he could not stop to constantly look to make sure everything is in perfect order as he told a waiter to remove a spot off the outside of a window. It is undeniably the reason he has had such phenomenal success is the attention to detail that only someone who is attentive to the quality of cuisine being served could know. My utmost respect for Fernando and Gino who not only work hard but prepare the dishes they create.

After many years as unquestionably one of the most successful restauranteurs in the United States, Fernando has nothing left to prove. His passion and love for creating one-of-a-kind authentic Italian cuisine, he only has one thing he wishes to do and that is to leave a legacy which is the sign of any great entrepreneur. I am very excited to be a part of this great restauranteurs vision for his grand finale. 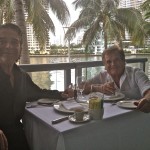 Cheers to Fernando and Gino, two boys with a dream, spoke very little to no English, but worked extremely hard to reach the American dream.

Stay tuned, will take about a year but it will be all over the world!!!